The Louvre, Abu Dhabi has become a cultural beacon in the Middle East allowing different art cultures to come together.  The origins of this wonderful gallery date back to 2007 when then French and United Arab Emirates came together to create a new kind of cultural institution.

The Louvre, Abu Dhabi works closely alongside the french museums and galleries gaining both contributions to display and support from their many areas of expertise in the area of the art world. 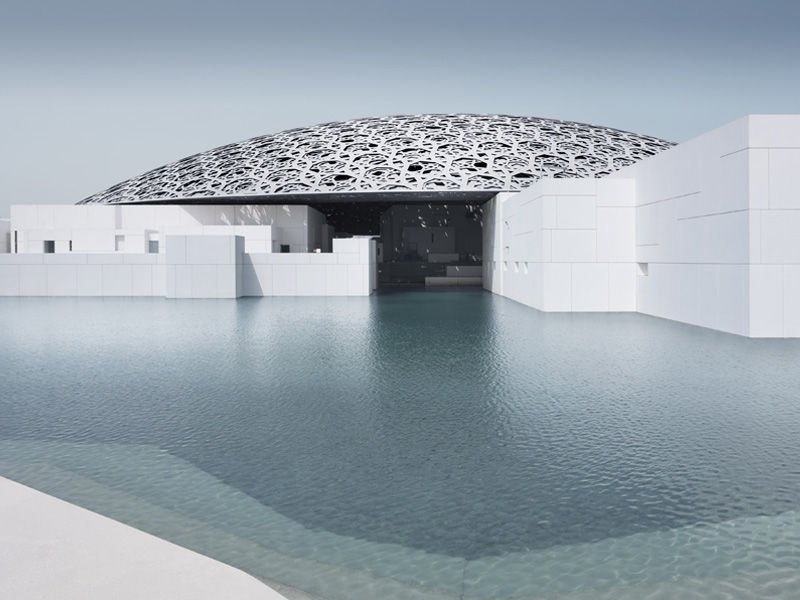 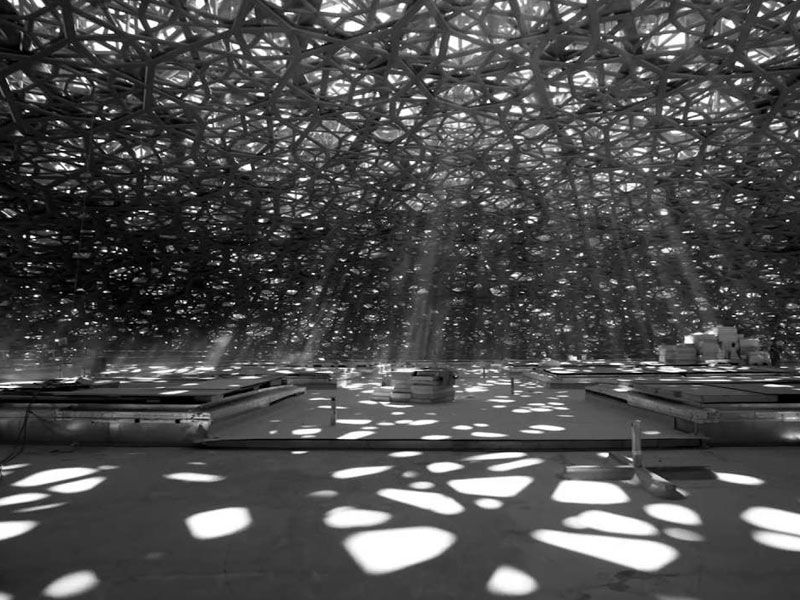 Aside from the art work inside, the Louvre itself is a work of art.  You will notice the the building itself has a large silver dome that appears to onlookers as if it is floating above the gallery.  This dome is called Nouvel’s Dome and is named after the architect Jean Nouvel, who designed the building and the dome using the countries traditions, this dome has now become a powerful symbol of the nations visions and achievements.

The Centre piece of the building itself is said to be a large frame that shows off the gallery.  The Nouvel Dome weighs approximately 7500 tonnes, which is the same weight as the Eiffel Tower and is made up of 7850 geometric stars in various different shapes and sizes and is built over 8 layers, when the sun passes over The Louvre, Abu Dhabi the light filters through the perforations in the dome and creates a stunning effect within the building known as “The Rain Of Light”

Once you enter this stunning gallery the works that are on display are showcased in twelve galleries.  Each gallery is said to tell the story of humanity and are known as “The Twelve Chapters”.

The works that are on display here range from prehistoric artefacts to modern and contemporary works of art.  Each piece that is on display is housed in its own beautiful and unique frame, some of which are modern simple designs from new makers to some very beautiful and detailed frames from some renowned makers, showing hand crafted designs featuring gold leaf and many other beautiful frame techniques.

The art that is on show comes from the countries own artists as well as some stunning masterpieces on loan from some of the most renowned galleries and museums in France.

The Louvre, Abu Dhabi is a truly stunning work of art in itself and has become one of the worlds most iconic buildings.

Whether you are an art enthusiasts, architectural enthusiasts, frame lover or just on holiday in the Middle East, The Louvre Abu Dhabi is a must see Gallery.