In an artwork saga full of confusion, it was revealed that the Louvre, Abu Dhabi is to display Leonardo’s Salvator Mundi artwork, which was sold for over £330 million last month.

The buyer was also announced and has been confirmed as the Emirate’s culture ministry – specifically Abu Dhabi’s department of culture and tourism – but the story took its fair share of twists and turns along the way.

Originally it was claimed that the buyer was the Saudi crown prince, Mohammed bin Salman, but then further confusion was later added by Reuters, who claimed they had seen a sale document which showed that a little-known Saudi prince, Badr bin Abdullah al Saud, was authorised to purchase the painting.

Christie’s then had the following to say which confirmed the painting was on its way to Abu Dhabi, but didn’t confirm the buyer. “Christie’s can confirm that the department of culture and tourism, Abu Dhabi, is acquiring Salvator Mundi by Leonardo da Vinci. We are delighted to see that this remarkable painting will be available for public view at the Louvre Abu Dhabi.” 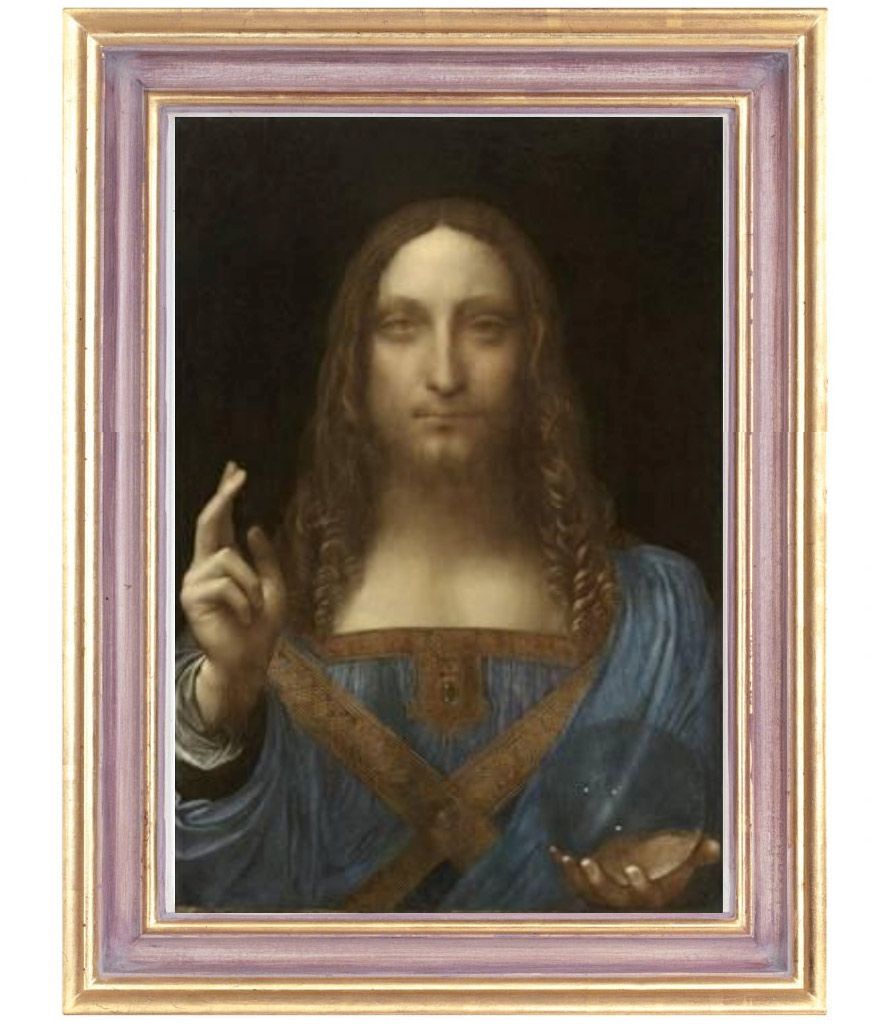 How the painting would look in a bespoke Chelsea City Gold Leaf frame.

Finally, to end the debate both the New York Times and Wall Street Journal reported that it was Bin Salman, heir to the Saudi throne, who was the purchaser and that Bin Abdullah was only acting as an intermediary. Later, the Louvre Abu Dhabi said the country’s culture ministry had acquired the painting and confirmed the story.. somewhat, at least.

But the painting saga wasn’t quite done, and may now prove an embarrassment to Bin Salman due to an ongoing anti-corruption investigation. Recently Saudi officials have reported that over 160 businessmen and royalty had been detained at the Ritz-Carlton and over 370 bank accounts frozen, as part of the investigation, and Bin Salman has been widely linked to those detained.

And if ownership and financial irregularities weren’t enough, it’s now being reported that the painting may also prove devisive among religious clerics in the kingdom, since the painting depicts and glorifies Jesus Christ – with Muslims widely believing that Christ was a prophet rather than a divine being, and many clerics opposed to the depiction of non-prophets in artwork.

Finally, and just to complete the article, Bin Abdullah has now published a statement saying the New York Times article revealing him as the buyer wasn’t “quite” true, but he still stopped short of confirming or denying his involvement, as either buyer or intermediary.

Who knew buying a painting could provide such drama?!